Be a Kick-Ass Boss Without Losing Your Humanity

Radical Candor is all about hitting the sweet spot as a boss where you provide guidance that is the right mix of praise and criticism. You're neither obnoxiously aggressive nor manipulative to your people. Nor are you so empathetic nothing gets done either. Effective bosses have Radical Candor. 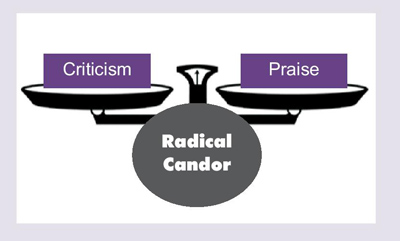 Kim Scott is co-founder and CEO of Candor, Inc., a business consulting firm. She has served as an adviser to numerous Silicon Valley companies including Dropbox. Qualtrics, ReelGoodApp, Twitter and others. She was also a member of the faculty at Apple University where she developed a training course for managers. She led Google's online sales and operations teams for AdSense, YouTube and DoubleClick as they grew into multi-billion-dollar operations. Earlier in her career, Kim Scott was co-founder and CEO of Juice Software, business development manager at Delta Three and Capital Thinking, a policy advisor at the FCC, an analyst for the Soviet Companies Fund and the founder of a diamond cutting factory in Moscow. She is a graduate of Harvard Business School and Princeton University.