The Truth About Your Future

The Money Guide You Need Now, Later, and Much Later

Traditional financial planning for retirement is broken. It was always based on accurately understanding what the future will look like so you could prepare for it.

Therefore, to improve your retirement planning, you have to factor in the impact of exponential technologies. Or in other words, you now have to develop an Exponential Retirement Plan. 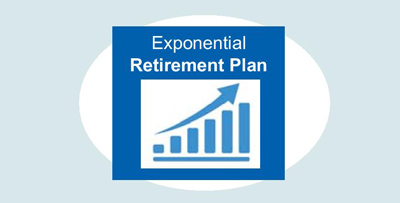 A robust and workable Exponential Retirement Plan will logically need to have four elements:

Ric Edelman is one of America's most recognized financial advisors. He is also a radio and TV show host and financial educator. Ric Edelman's nationally syndicated radio show has been on air for 25 years and his television series The Truth About Money airs on public television stations across the United States and Asia. He is the author of several books on personal finance including Rescue Your Money, The Truth About Money and The Truth About Retirement Plans and IRAs. Forbes magazine named Ric Edelman as one of the country's Top 10 Wealth Advisors in 2016. He taught personal finance at Georgetown University for nine years and is a graduate of Rowan University and Singularity University.