How Extraordinary People Become That Way

To reach higher levels of performance in pretty much any field you may choose, long-term research shows you must form a habit of consistently doing these six things: 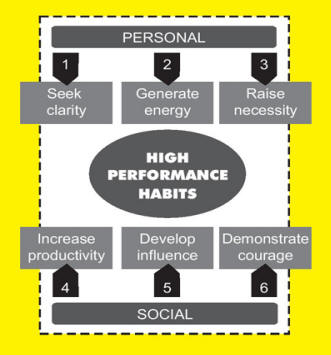 Brendon Burchard is a performance coach and CEO of the High Performance Institute. He is the author of several bestsellers including The Motivation Manifesto, The Millionaire Messenger and Life's Golden Ticket. He is one of the "Top 100 Most Followed Public Figures on Facebook" with more than 10 million fans and his personal development videos have more than 100 million views. He has created 13 online courses in the areas of personal and professional development which have been taken by more than 2 million students, earning Brendon Burchard the title of "one of the most successful online trainers in history" awarded by Oprah magazine. SUCCESS magazine named him as one of the "Top 25 Most Influential Leaders in Personal Growth and Achievement". He previously worked as a leadership consultant with Accenture. He is a graduate of the University of Montana.