Outperform, Outwork, and Outhustle Your Way to a More Successful and Rewarding Life

Daymond John is an entrepreneur, business consultant and motivational speaker. He is co-founder, president and CEO of FUBU, a $6 billion sportswear company. He is the author of three books including the best-seller The Power of Broke. Daymond John also runs The Shark Group, a brand consulting company. He also has a co-starring role on ABC's business show, Shark Tank where Daymond John has appeared for eight season s so far.

As enticing as a universal "secret of success" sounds, there's no such thing. Instead, those who accomplish more outwork their peers. They figure out how to make the best use of their time and to maximize every moment. 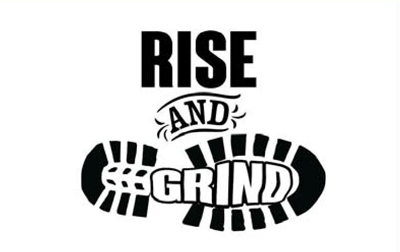 Simply put, the key to getting ahead and staying ahead is to rise and grind each and every day you're alive. By all means be inspired by the examples of others, and do everything you can to work smart as well as hard, but to achieve more, there is no silver bullet – you've got to outwork everyone else.

Rise and G-R-I-N-D. Find a way, get the job done, navigate past obstacles and accomplish the goals you set for yourself.

This collection of summaries will teach you all the habits you need to develop to think and act like a millionaire.

Outperform, Outwork, and Outhustle Your Way to a More Successful and Rewarding Life

The Gateway to Wealth & Prosperity

Make Success The Habit Of A Lifetime

Proven Power Practices to Double and Triple Your Income

How Extraordinary People Become That Way

127 Small Changes to Improve Your Health, Wealth, and Happiness